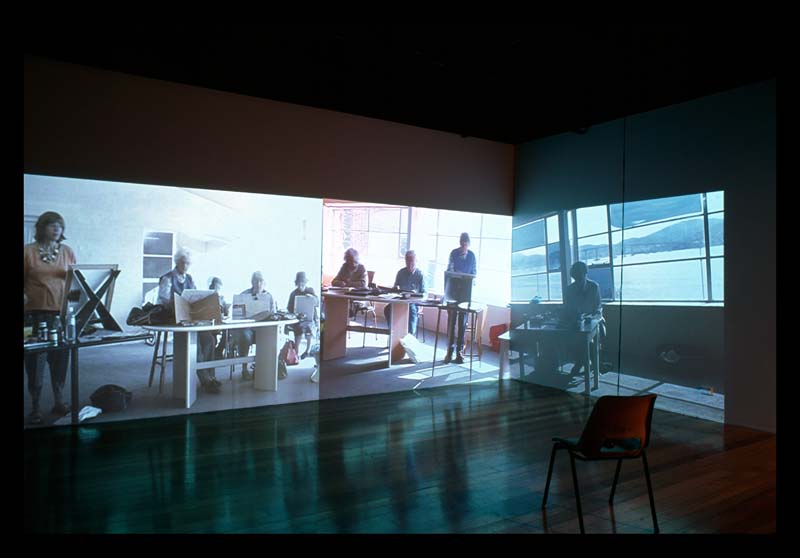 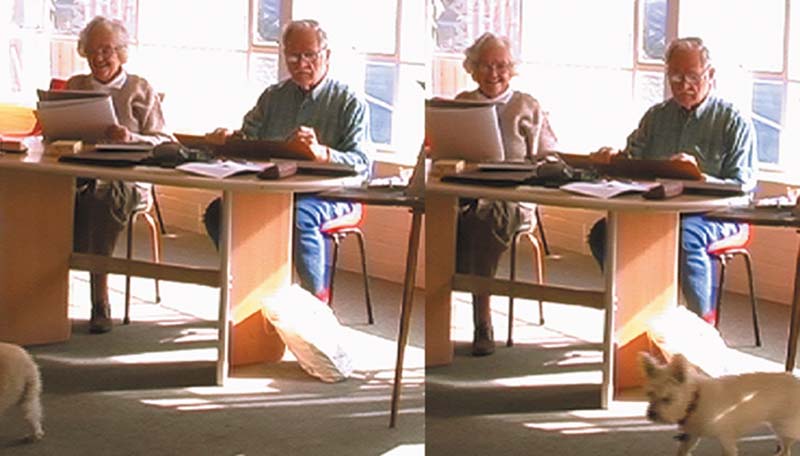 In January 2004 I was asked by a member of the Hobart Portrait Group (HPG) – a painting/drawing society that has been running for over 20 years – to model for them. Over two three hour sessions, I posed for them on a chair placed in the centre of the room. Watching them draw me, I was literally drawn into their space and time.

So as to recreate the effect of being observed, this piece was filmed with three cameras placed on tripods behind, and above my head, as I modelled for the HPG. Viewers of the work were faced with the choice to sit on the actual chair I sat on during filming, placed in front of the 3 larger than life projections of the drawing class. Projections were choreographed so as to direct gazes of those filmed directly at the actual chair in the gallery. Headphones wired up to the chair permitted one viewer at a time to listen to the conversations that took place.

HPG Members from left to right: