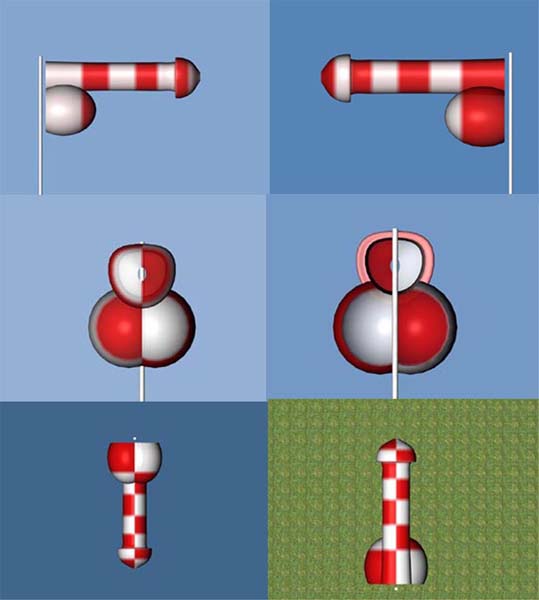 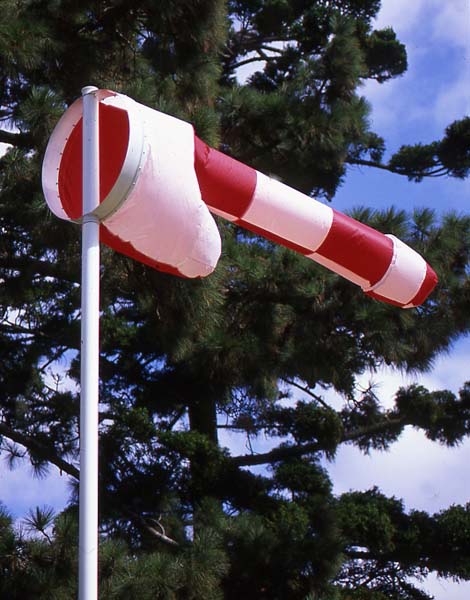 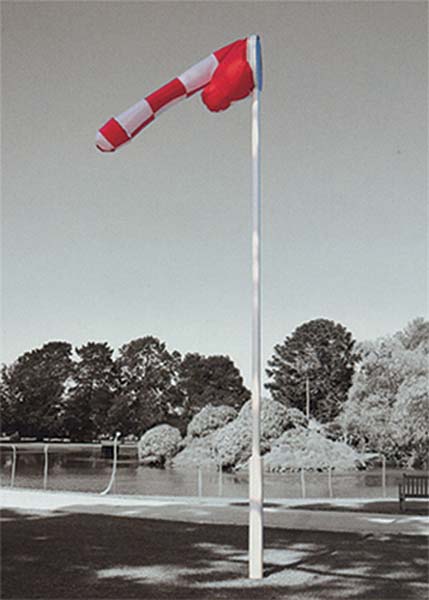 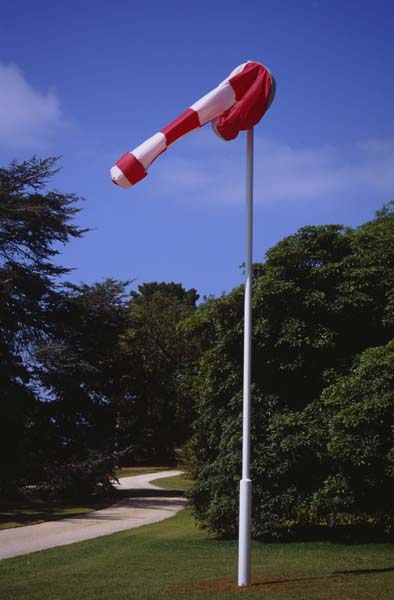 Blow is a large, fully functional windsock in the shape of a penis and testicles.

As weather conditions determine whether Blow is flaccid or erect, it performs as a directional erection.

Blow is an attempt to reconcile the diverse roles of the phallus: as a male metaphor, a warning/sign, a reproductive organ and a joke.

Erected in the sanctuary of a parkland setting, Blow invites fiction into its function, suggesting a site for taking off, getting off and landing.

Being a ‘Herculean condom’ in an age of global overpopulation and sexually transmitted disease, Blow acts as a heroic civic totem.

Blow was included in the 2003 Helen Lempriere National Sculpture Award.